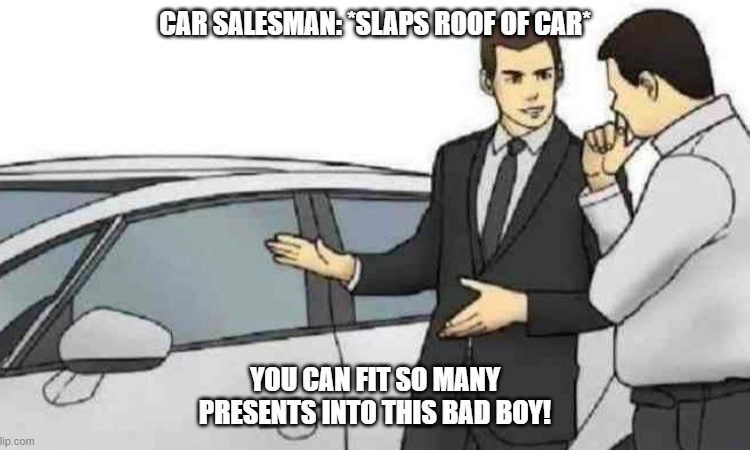 Tomorrow is the start of Black Week. It marks the start of a relentless, months long pressure to make you spend as much money as possible. Here’s how you can resist that pressure, and keep your wallet and sanity intact.

After 15 years as speaker at conferences, and Head of eCommerce for a number of businesses, there are few tricks I don’t know about; tricks that are used to grab as much money from you as possible.

I want to help you build awareness and resilience against it this season.

For well over a decade, businesses has developed what’s called persuasive technologies using machine learning, artificial intelligence, and user profiling to maximize their bottom line, and it’s deployed everywhere, from Amazon, eBay, and Hotels.com, to much smaller eCommerce sites. Likewise, sales personnel are sent to sales camp and drilled in these techniques.

I hope that by showing you how sales people and online stores use these tricks, you’ll be able to identify them, which influence you the most, and help you build resilience against them.

Call it my Christmas gift to you 🙂

I’m gonna start off by giving you the bonus tip first:

How many times have you ended up buying something you did not initially even think about buying JUST so you could get free shipping?

Businesses are split testing and optimizing the cut off sum to see how high they can set it to make you spend as much money with them as possible. That’s their goal – not to give you free shipping.

It is far easier for someone who is seen as an authority to convince others of something. I am sure all of you have seen a version of this sleezeball:

Yep. Uniforms, lab coats, even the mere presence of a stethoscope may increase a person’s influence. The same happens when a persons credentials and experience is mentioned first, before continuing an attempt at persuading others.

Now feel free to scroll up and re-read my opening paragraphs .
(how’s that for shooting myself in the foot?)

People like to be consistent with the things they have previously said or done. Consistency is activated by looking for, and asking for, small initial commitments that can be made.

We tend to pay back what we receive from others, and it’s in the saying “I scratch your back, you scratch mine”. Or “I owe you one”.

For example, a restaurant that offer a few “confections on the house”…incidentally shortly before you get the bill. Studies has shown this will increase your tip quite a bit.

There’s also the classic “Free sample” and “Free trial”, the “Free gift card”, and better yet “Free gift card for you AND your friend”. Which brings me to the next trick.

If a friend is offering you a gift – how can you say no to that?

I am not saying you should be suspicious when someone pays you a compliment, or gives you a gift…but in a sales setting? I have experienced pop-ups saying something along the lines of “Hi beautiful!”.

If everybody is doing it, it must be the right thing to do, and it was a great survival technique in prehistoric times. We also often look for customer reviews, or what our friends says about something. Often very useful input.

But of course it is being exploited by businesses who wants your money:

That’s the online counter for how little time you have left before the sale ends (and the next one takes over!!), last date for shipping before Christmas, last this, little left that.

Especially do not fall for the last one; it is used to anchor a reference number of items the store wants you to overshop, not because they are low on stock.

They will use exclamation marks to give you a sense of urgency, so you will (mindlessly) ACT NOW! and they will use red fonts since red is associated with DANGER! (and also the eye has the highest spectral sensitivity to that colour.)

In particular, watch out for scarcity this season. I have already seen a few despicable examples recently, and I suspect we will see several more variants preying on the loneliness and scarcity of socializing we’re experiencing these days with Covid and all.

They will poke that hurt with such exquisite precision you won’t even notice, and try to convince you that by purchasing their product, your loved ones away will feel loved when they get that present.

Instead, I urge you to consider now what you can do for your loved ones away, to make them feel loved, and really know that you think about them. No amount of gifts can do that:

Make it personal, not commercial!

How? Lea has a few thoughts on that here.

I think we all need a little bit mindfulness this season, and I would love it if you would share this post with as many as possible; they need to know too 🙂