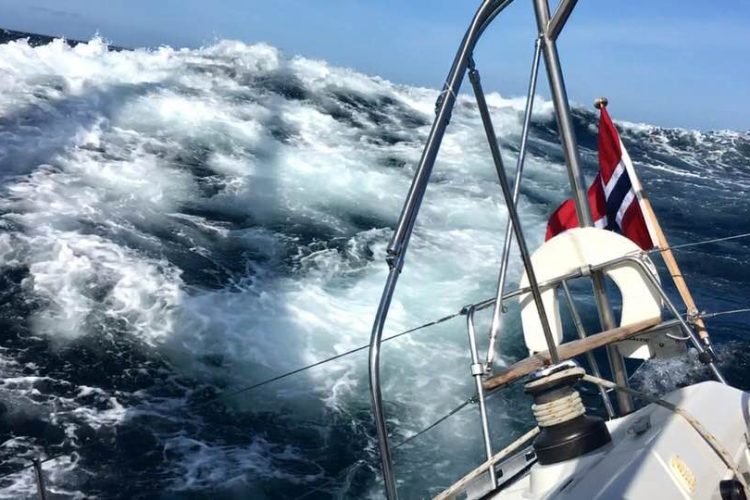 This is the trip that started this madness. At that point, I was convinced I was getting a rediculously small boat with a rediculously big engine when we were done renovating our house. Something like the Nitra 22P. Boy how I was wrong…

Long story short: Lea and I went down to the Stavanger harbor on August 21st 2018 to a “sailing away party”. Steven and Terry, two of our Scottish friends, were sailing from Norway to the Caribbean with the ARC.

Another fellow that was supposed to join them as crew couldn’t make it, so one cabin was all of a sudden available. At 06:00 the day after, Lea and I joined as crew on Rose Marie, and sailed away.

This video is from the passage from Bergen to Shetland, and then cruising down the coast along Fair Isle and Orkney to Scotland. This is my first attempt at making an actual sailing video, so I guess things can only get better from here 🙂