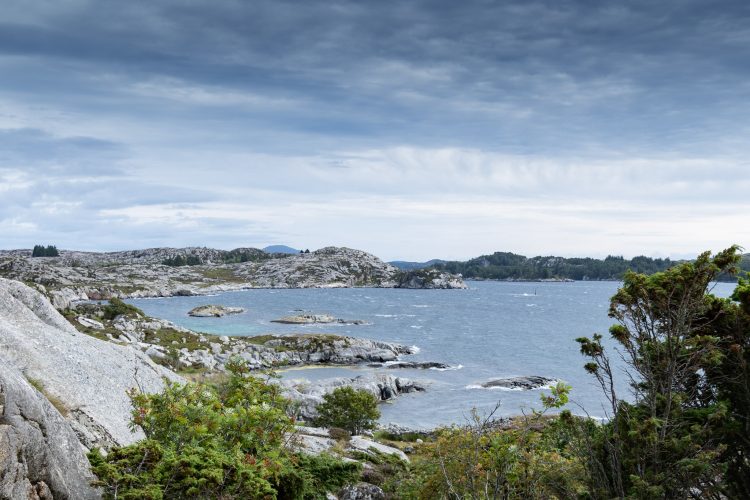 Having a good plan is a great thing. Tossing them out the window is often even better. Join us on the second leg of our sail up along the magnificent Norwegian coast, and experience the brutal and dramatic scenery of Langøy!

For those of you who hasn’t read Part 1 of this journey, you can find it here.

Back in 2020, March 6th was the date we put our boat on the hard for a massive refit, preparing her for the 14 months, 12,000 nautical miles North Atlantic journey we had planned, from Norway to the Caribbean, and back again.

But less than a week later Covid hit, so that didn’t happen. It was a terrible blow to us, but we turned this disaster into one of the most magnificent experiences of our lives, as we cruised up along the Norwegian coast for several months. You can read about our 2020 Norwegian coastal expedition Part 1 and Part 2 here.

We spent the following winter planning an even more epic journey for 2021, starting in Fredrikstad in the south by the Swedish border, and sailing 3,000 nautical miles all the way up to Nordkapp, the northernmost point of Norway, way past the Arctic Circle.

But as Norway slowly opened up again, the option of working from the boat for long stretches of time was gone, and this brings us here.

With the anchor well set, it was time to crack open a home brew and make some dinner; a dirty, greasy pan pizza loaded with aged cheddar and mozzarella, topped with crisp, dry cured bacon and caramelized onions that was big enough to last us for dinner – and a quick underway lunch the day after.

As lovely as Austneshamn is, it is always a chore when leaving. With a sand bottom and only 3-4 meters depth, it is overgrown with seaweed. Sometimes you get edible ones on the hook, but more often than not it’s not something to keep. So it’s out with the boat hook to bend, pry and push off the worst entangled seaweeds, and then fine cleaning by hand.

With a north-western moderate breeze blowing we juuuust managed to squeeze our boat close enough to the wind to avoid motoring all the way in Stokksund that runs in between Bømlo and Stord.

Lea the Navigatrix had studied the maps and found us a incredible looking spot on an island called Langøy (Long island). It even had what looked like a small sandy beach.

“Later that evening” my ass.

The closer we got to Langøy, the more evident the onset of the gale became, and as we were passing Tranøy we were seeing huge white caps out in the Selbjørnsfjord and the chop in the sound was getting livelier by the minute.

As we entered the cove on the south side of Langøy where the red dot is in the map above, one thing became abundantly clear:

As you can see from the map above, Langøy is shaped almost like a letter H that’s tilted backwards so that it aligns nearly perfectly with north-west. The horizontal line of the H is much lower in the terrain than the two vertical ones, so they effectively form a powerful wind tunnel with the northern cove as the wind intake.

As Lea maneuvered the boat into the southern cove, and with me in the bow ready with the anchor, we discovered that the Friluftsråd (the county outdoors office) had just recently put up a huge floating dock that was not visible on any maps or aerial photos of any kind known to us. Which basically prevented us from anchoring, and especially with the 10:1 scope I had min mind for the gale.

After a very quick reassessment of the situation, we decided to moor on the dock. Since it was blowing so hard it was also decided that I was to take the wheel, and Lea prepare the lines.

In retrospect, what I should have done was to exit the cove and do a few circles in the more spacious basin outside of the cove; instead, I was doing several extremely tight maneuvers inside the cove as Lea was preparing, and we were nearly blown onto the rocks a few times. First time ever I had actual need of that bow thruster.

I would have preferred to moor on the lee side of the dock, but because our midship’s cleat is too far aft I’m unable to pivot to windward on the springer in a hard blow; I simply don’t get enough leverage for that.

My only option was to moor on the windward side of the dock. The “wind tunnel” is the yellow area in the map below, so it was blowing in from the north-west, and with the dock practically 90 degrees to the wind. Which meant I had to present a broadside to the gale force winds when docking.

The plan was to keep the boat up against the wind for as long as possible (giving us as little windage and drift as possible), then make a turn, exposing our broadside, and let the wind blow us sideways onto the dock:

The challenge when it’s blowing so hard is timing, and being decisive; it is far better to abort a few times and do it over.

As you make your turn and expose your broadside, the wind will start pushing you sideways. If you make the turn too far away from the pier the wind will make your boat gain far too much speed as it pushes you sideways causing you to slam violently into the pier; make the turn too close, and you will ram the dock with your bow or get t-boned by its corner instead, all of which is gonna leave a mark that will not buff out easily…

Knowing that the prop walk makes our boat pull to starboard in reverse (yours might be the opposite!), I decided to go in faster than I would normally do.

With the boat secured, I jumped onto the dock, and we moved all fenders to the widest point of the boat, 8 in total, 4 on each side of the galley window (which I consider a potential structural weak spot). We set up several more lines to make sure the boat would not move at all, since we had no fenders forwards or at the stern.

We took great care in adjusting the height of the fenders, as the boat heeled a lot in the gusts, pushing the fenders below the edge of the pier if they were not perfectly adjusted. Also note the rugs that we wrapped around the fender lines to prevent chafing and annoying squeaking sounds:

Despite all this, we were in for a incredibly lively night, and at one point in the evening the wind made the boat heel some 20-25 degrees in the gusts, and we were practically just waiting for the fenders to burst. It was brutal.

But well moored, and after a quick rinse in the shower to get the stress stink off, it was time for some sightseeing on this desolate, windswept place.

Incredulously to us, there used to be a farm on Langøy, where they relied on both fishing and farming for survival, so-called fisher-farmers. It is one of the youngest in Fitjar and was separated as a farm in 1838. Before this, the island had its homestead under Fitjargarden who bought it in 1758.

Even more incredulous to us, they had placed the main building smack in the middle of the “wind tunnel”. I cannot even fathom how cold that place must have been when there were an actual winter storm howling in from the north-west (which is the predominant wind direction along the west coast). The picture above is with the camera pointing north, so you can clearly see the north cove inlet.

Below is a closer look at the north cove inlet, with well marked streaks of wind and foam frothing up. That’s a Force 7 gale right there.

And below is the north façade of the farmhouse.

As if that didn’t blow our minds, here’s the south facing area of the “wind tunnel” that slopes down to the south cove where we were moored:

What you see here are tons and tons of rocks and boulders stacked up along the mountain side. This is stacked by hand. Most certainly over several generations. It has no structural purpose at all.

This was their field where they grew their crops. Let that sink in for a bit.

Visiting these places, these old, abandoned farms, are always a very humbling experience, and makes you appreciate how incredibly sheltered our lives have become.

Granted this little island must have looked very different before humans inhabited it. It is almost certain that erosion has followed deforestation to clear for crops and for fuel, as with practically any other place on earth where humans have set foot. But it most certainly haven’t been a lush Garden of Eden in the first place. Not this exposed to the harsh north-westerlies.

No hay meant you had to cull most or all your sheep in the fall. No sheep for next spring meant famine again. It was always life or death. No wonder so many Norwegians emigrated to the US and Canada, starting in 1845 with the sloop Restauration from Stavanger, my home town.

The replica of Restauration built at Jørn Flesjå’s shipyard at Finnøy.

But no matter how hard life was here in Norway, one thing is quite clear. There was always a time for waffles!

…quite possibly enjoyed with apple jam or jelly – we found their little orchard tucked away in between some rocks on the south-west side of the island.

Although more mealy than we are used to, these apples were very tasty! And then, as we were munching away on our free apples, this guy turned up.

Turned out there was a whole herd of these magnificent animals roaming the island, and they had hunkered down in a ditch behind the orchard to get some shelter from the weather. We did our best to give them a wide berth to not disturb them.

The Old Norwegian Sheep (Norwegian: Gammelnorsk sau) is likely the breed that most closely resembles the original Northern European short-tailed sheep in Norway. The breed is particularly suited for being kept outside all year, which is a practice that stems back to the Viking Age, and you will find them roaming many an island these days too. So be respectful – this is their turf.

The forecast showed a very narrow weather window around 9 the morning after. And since we were still pretty exhausted by the whole painting-our-whole-goddamned-house-in-two-weeks ordeal we decided to completely throw out our original plan of going as far north as possible for 10 days, cause we were absolutely not in a mood for handling even more than a Force 7 gale.

So we decided run before the storm and head south to lovely Hardanger. But that’s for next time, so stay tuned – follow us on Facebook and Instagram for Part 3 in this series!