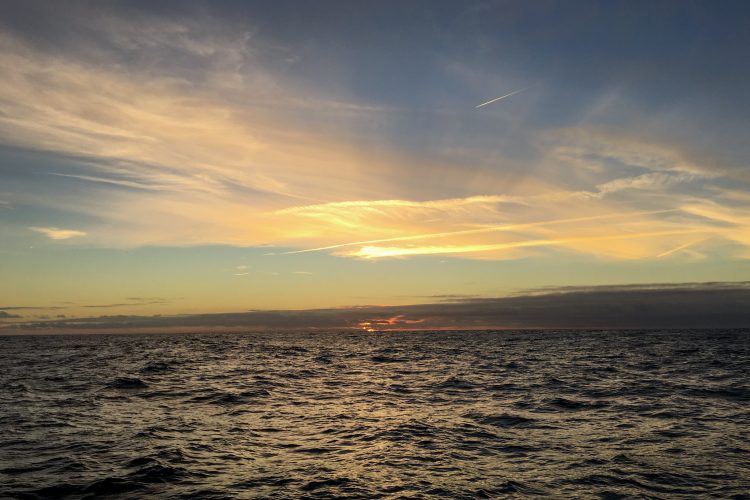 Plans are nothing; planning is everything, said Dwight D Eisenhower back in the day. Nothing has rung quite as true the past year. Here’s how our plans for the second year in a row went to shit, but turned out magnificently regardless.

March 6th 2020 was the date we put our boat on the hard for a massive refit. We were preparing her for the 14 months, 12.000 nautical miles journey we had planned, from Norway to the Caribbean, and back again. But Covid hit, and our plans was halted on March 12th as Norway and most of the world went in shut-down mode.

As we wrote about in last year’s “The Norwegian 2020 Covid coastal cruise Part 1“, it was a terrible blow to us. Not only had our epic journey been postponed, but the house market stalled, so we were unable to sell the house as planned.

Never the less, we managed to turn this disaster into one of the most magnificent experiences of our lives, as we cruised up along the Norwegian coast for several months, working from our floating home office. You can read all about it in both Part 1 and Part 2 “The Norwegian 2020 Covid coastal cruise Part 2“.

With this backdrop, we spent the winter planning an even more epic journey for 2021. We were to sail from Fredrikstad in the south at the Swedish border, all the way to Nordkapp, the northernmost point of Norway. At 71.1695° North, it is way past the Arctic Circle.

Our goal was to explore Norway, the country, the people, the culture and food in a way never possible for us before – and to share it with you here on this blog, with pictures, stories, cruising tips, authentic recipes and all.

But as Norway slowly opened up again, the option of working from the boat for long stretches of time was gone. It also became clear to us that it was totally unrealistic to sell the house this fall instead, while also keeping our health intact.

Meanwhile the house market greatly improved, far surpassing pre-covid levels, so we decided to really do everything in our power to make our house as presentable as possible; we had spent the past 11 years fully renovating our 1947 villa – what’s a few more grueling months with blood, sweat, and tears to us…?

After painting the entire house on the outside in under 2 weeks, we were completely exhausted, and just ready to fuck off to sea. So we did. And so begins our 2021 installment of the Norwegian Covid coastal cruise.

Exhausted as we were, we set the bar low for the first leg – a two hour sail from my hometown Stavanger, bound north-east to Rossøysund. Well moored at the pier, I cracked open a ice cold, home brewed Triple that we shared. As we sat there in the cockpit just enjoying life, I noticed another sailboat coming in.

I must have a very finely tuned radar for idiots at sea. I cannot put my finger to what triggered my particular attention with this boat, cause it was hundreds of meters away, but I kept an eye on it.

As they came towards the pier to dock, my attention grew; instead of docking longside like a normal person, this skipper had his deckhand stand at the bow, and dropped her off from the bow, onto the pier, with the boat at a 45 degree angle to the quay.

What would have worked at this point was if she had brought their springer instead and fixed it well astern on the pier, and him using his prop wash to pivot on the springer and swing the boat in in a nice, controlled manner.

Instead, he then proceeded with tossing the stern line to her, which subsequently slid into the sea cause she failed to catch it cause she already had her hands full with the bow line.

He tried again, and, with her foot on the bow line, she caught the stern line. Only to discover that the boat was still moving slowly, yet relentlessly towards ours cause she had not picked up any of the slack, and he had not put the engine in reverse, and with a huge CLANK they rammed their 42 foot Bavaria into our bowsprit and anchor roller.

But a 25 kg Rocna can take quite the beating, as can our stainless steel bow sprit, so the only damage done was, presumably, to this skipper’s pride.

We slept in the day after, and while we were enjoying our late morning coffee, Captain Numbnuts and his crew silently left, presumably in search for a new, unsuspecting victim to ram.

That left us with the entire Rossøysund to ourselves. It was an incredibly nice and warm morning, and the Tridata probe told us the sea temperature was a staggering 20.9°C; practically unheard of by Norwegian standards.

Off with our clothes and into the water we went, and we swam and goofed around and had a water fight for what felt like an eternity. And then I see a mast, through the tree tops, entering the sound of Rossøy; and then us two butt naked idiots scrambling to get to our boat to make ourselves at least half decent – apparently we’re not quite far enough away from civilization for that kind of stunts yet…such a laugh!

The next day we sailed towards Haugesund, a very charming city just 4-5 hour’s sail north of Stavanger. Some of you may even recognize Haugesund as where Erik Aanderaa sails from. If you don’t, check out his awesome YouTube channel here. Hours of butt-clenching entertainment and sailing adventures awaits 😉

We had decided against just mooring in Haugesund; instead Lea (The Navigatrix) found us an anchorage just north of Haugesund, smack in the middle of the very worst parts of Slettå, called Tømmervågen.

Slettå is one of the most dangerous stretches of coastline in Norway. It is shallow, lots of current, and turns into a frothing hell when the north-western storms pushes towards the coastline – not entirely dissimilar to the bay of Biscay on the shores of western France and northern Spain.

Thankfully we had never, ever seen Slettå so benign as that day. There were hardly any wind at all, nor any swell to speak of, and it was the damnedest feeling, having experienced many times how bad it can be.

But here we are, anchored up in Tømmervågen, looking westward and into the opening of Slettå. I can only imagine how wild this anchorage must be in a hard blow. But right there and then, it was magnificent and tranquil.

The next day we woke up to find the small anchorage completely packed with stinging jellyfish. I have never wanted a morning swim as little as I did that day!

Coming up next is Part 2 of our 2021 journey. It takes us to the dramatic and brutal scenery of Langøy, where it is my own turn to have my docking skills thoroughly put to the test in a gale.